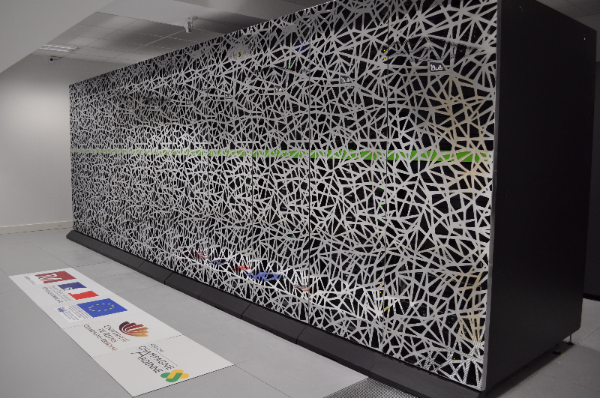 Digital sciences, including High Performance Computing (HPC), represent a major issue in terms of sovereignty and competition not only for France and Germany, but more generally for Europe. Supported in the Investments Programme for the Future, ROMEO is now the most powerful hybrid supercomputer in France. The ROMEO HPC center is also a major player on the SIMSEO Grand Est platform that assists SMEs which use digital simulation.

ROMEO plays a major role in the emergence of URCA's Digital and Engineering Sciences (SNI) scientific applications cluster. To take advantage of supercomputers such as ROMEO, it is first necessary to master the growing complexity of programming languages and communications designed for supercomputing. Thus, the C2I2 Supercomputing and Industry chair now makes it possible to develop research in digital sciences supported not only by institutional players, but also by major industrial partners such as CEA, ATOS Bull, Intel or NVIDIA.

The teaching, research and technology transfer activities are also offered in a transdisciplinary fashion in the competitiveness clusters such as Materalia and Industries and Agri-Resources through the Maison de la Simulation de Champagne-Ardenne (MASCA).

The supercomputing and industry chair is available for three areas: